My history with electronics and radios

What can I say? I have been fascinated with electronics, radios in particular, from a very early age. Since childhood was so influential to my present thinking I will share some experiences I had growing up.

My first memory with radios (est. age 6) was handing a toy walkie-talkie to my mother, who was standing in the kitchen at home. I took the other radio and walked up our street (in Littleton, CO, which is now Centennial) asking her every few steps "can you still hear me?" The range was unimpressive - only a few hundred feet or so, and my mother was not that thrilled to be part of any lengthy experiments. Back in my basement room, I knew just what to do - connect one radio to a voice activated tape recorder, that way I could listen to my own transmissions with location reports later on, and figure out how the signals traveled. With that information I attempted to improve the range by winding copper wire on the existing antennas. It really didn't help much.

My mother was (and still is) an artist who encouraged my siblings and me to be creative. My father is scientific minded and introduced me to fascinating things when I was young, such as triboluminescence (the sparking light emissions produced when two particular types of stones strike each other) and electrolysis (the process of putting electrical power into saltwater with various metallic objects, which corroded one and cleaned the other while converting H2O to HHO 'Browns Gas'). The esoteric insight influenced my thinking and sparked imagination. It was my grandfather's house that I grew up in and he was an engineer at Gates Rubber Company. Due to this, there were lots of parts and tools around that I got into, sometimes to the dismay of family members.

We had a workroom full of stuff to get creative with. One day, after watching Back to the Future, I decided to build a time machine out of things I could find, including an old metal lampshade, and a cord with plug. Fortunately, when I put the contraption over my head and plugged it in, I was not sent to another time period and instead just blew the circuit breaker in the house. Some of my family rushed downstairs to find me 'wired up' but unharmed.

Edison has said that "To invent, you need a good imagination and a pile of junk!"

I spent a good deal of my childhood exploring our neighborhood on bicycle searching for electronics that people were throwing away, and disassembling them to see what was inside. I lived the saying "one man's trash is another man's treasure." From a weed whacker motor I built an automatic door slammer, and many other 'useful' things including an alarm that would buzz constantly until someone opened the door at the top of the stairs, alerting me that someone was on their way down. It was annoyingly impractical, but at least the thought was there!

One day while eagerly stripping wires with my teeth, a jolt of electrical current oscillated my membrane. That is how I discovered what a transformer is. I also discovered that even a small battery with such a device could produce a decent shock. Most kids in elementary school never fell for 'hey, hold these two wires - it's fun!' yet I still managed to gather a circle of kids together at recess to hold hands and enjoy a mild shock simultaneously. Other similar experiments included melting pieces of cheese with the large amount of energy from a disposable camera flash circuit. I never dared to find out how a shocker of that type would feel.

I built a few kits from RadioShack, including a broadcast band crystal AM receiver, and a VHF air band receiver. I spent hours lying on my bed tuning into pilots' communications while learning the phonetic alphabet 'Alpha, Bravo, Chalie, Delta, etc..' I bought an analog VHF FM receiver from a thrift store and was able to tune into local HAM, public service, and emergency communications. A digital scanner opened the door to other frequencies with intriguing signals from around the neighborhood, such as cordless phones. From this I found that DTMF dialing was done by tones only, meaning our family landline could simultaneously dial the same number a neighbor was calling, resulting in a busy signal - useless, but interesting.

My friends and I experimented with C.B. radios; hand-held, mobile and base stations. Being young and having higher pitched voices apparently allowed us prank people by pretending to be ladies. We were able to get men to drive around town thinking they were meeting a hot date. Sometimes I would go out to my father's car to talk on the CB and I could not resist swearing back at the truckers. One day, after doing this for about an hour, I walked into the house to see my father and his girlfriend staring at me with shocked and funny looks on their faces. Humorous indeed, yet also embarrassingly I was informed that everything I said on the CB came through the TV stereo amplifier system. That was my introduction to RF interference.

An unexpected 'skip' contact of 2,000 miles with only 5 watts of power got me hooked and researching books at the library about radio wave propagation. Learning about wavelengths, layers of the ionosphere, and solar influences were all fascinating to me.

In 9th grade, as part of a choice high school project, I studied for and got my ham radio license, and was assigned the call sign KB1GIZ. Two years later, with the help and encouragement of another local radio friend, Jim, I learned Morse code (CW), upgraded to General Class, and got the vanity call W1JSB. Jim took me out hiking and introduced me to the joy and magic of portable QRP CW operation - setting up a simple wire antenna into a tree, and communicating thousands of miles with just a few watts of power and a tiny battery powered Morse transceiver. 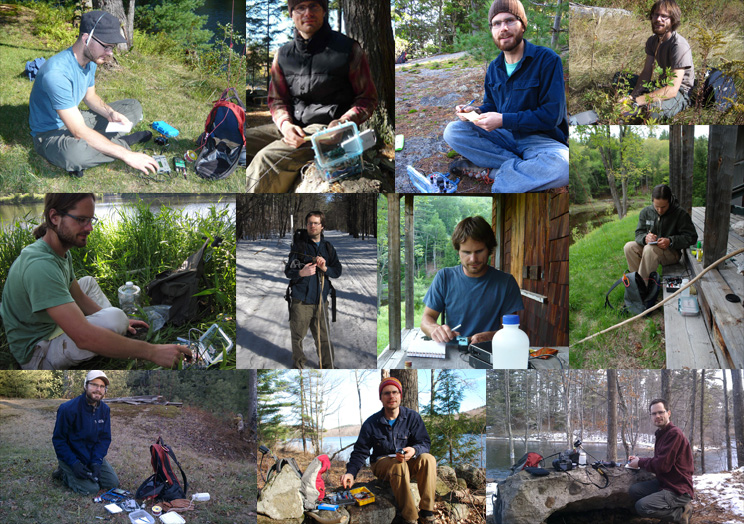